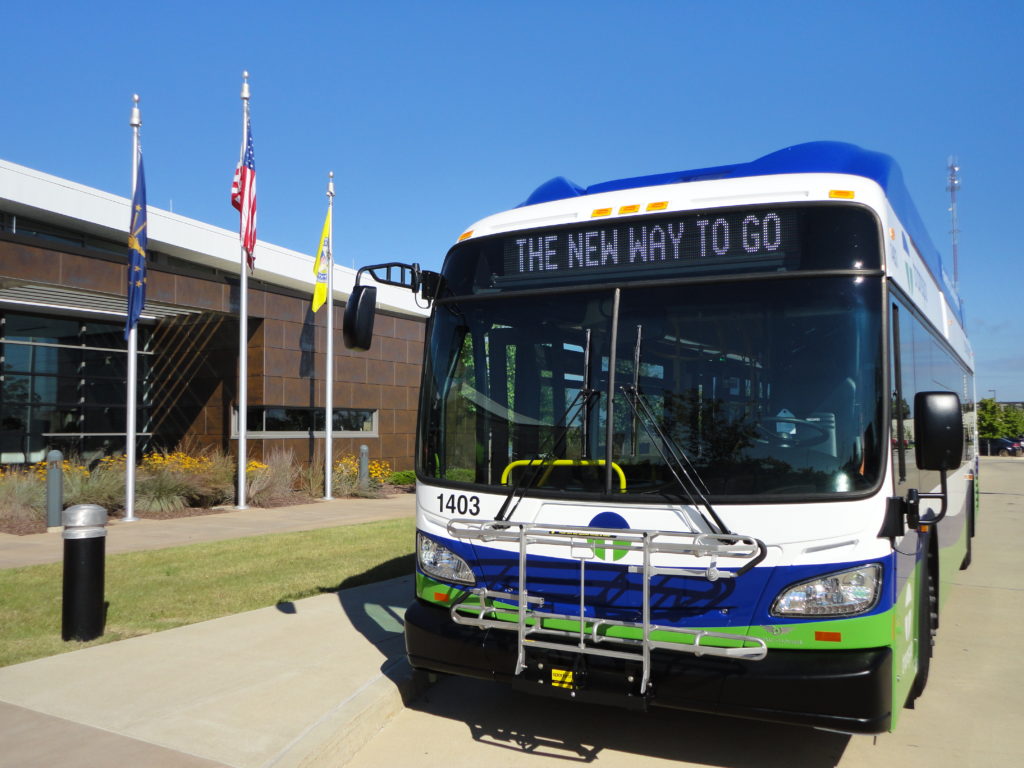 The mission of the St. Joseph County Airport Authority is to maximize the safety, service, efficiency and effectiveness of South Bend International Airport for the traveling public, and to promote the value of the airport to the community.

The South Bend Public Transportation Corporation’s mission is to provide safe, reliable, convenient and comfortable transportation services in a manner that utilizes the efforts of our professional team, achieves a high standard of quality, delivers service using cost-effective approaches and meets our commitment to both our customer’s needs and the environment.

During the process to develop City Plan (2006), the city’s 20-year comprehensive plan, citizens identified encouraging bicycling as a form of transportation as a key priority.  Since then, the City developed a long-term plan for a 125-mile South Bend Bikeway network, aggressively added new bicycle routes, completed work to finish the riverwalk system from Logan Street to Darden Road, and installed protected bike lanes downtown.

As of mid-2018, about 79.3 miles of priority bicycle routes have been established within the City.  This total consists of protected bike lanes (1.1 miles), multipurpose paths separated from streets (18.4 miles), striped bike lanes (22.4 miles), and other designated on-street routes (37.4 miles).