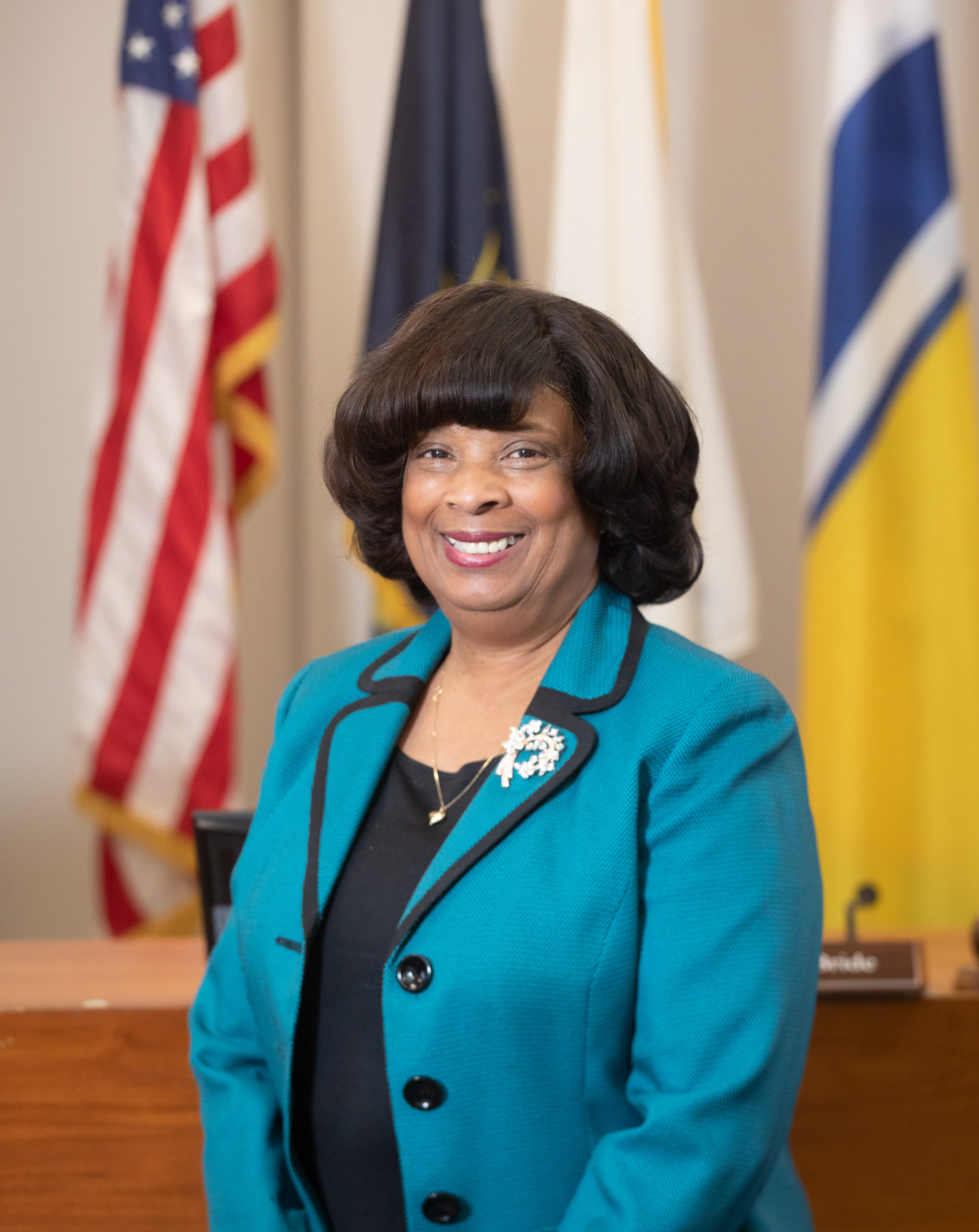 Service to family, community, and education are the hallmarks of Karen L. White’s journey. Born in Buffalo, New York, Karen relocated to South Bend at an early age. She attended Harrison Elementary School and graduated from Central High School. Ms. White received her Bachelor’s Degree in psychology and social work from Indiana State University, Terre Haute. Her Master’s in Education was earned from Indiana University. Karen is the Associate Vice Chancellor for Student Services/Dean of Students at Indiana University South Bend where she has served for more than 40 years in various capacities.

Karen White has been honored to serve as an at-large council person since January 1, 2000. From her early years on the South Bend Community School Board of Trustees until today as Council Member, Ms. White has devoted over 28 years of service to the community as an elected official. Karen has always served our city with distinction and integrity and is known as the “voice of reason” on the South Bend Common Council.

As a member of the South Bend Common Council, Karen has been Council President, Vice President, Chairperson of the Committee of the Whole (which chairs all public hearings on proposed ordinances), and as chair of the Personnel & Finance And Community Relations Committees and Vice Chair for the Health & Public Safety and Residential Neighborhood Committees.

Karen’s road to community service began while she was a high school student and continued throughout her college and professional life. A firm believer in the tenet, as Marian Wright Edelman has stated, “Service is the rent we pay for living.” She is the only African American who has served both as the President of the South Bend Community School Corporation Board of Directors, and as President of the South Bend Common Council.

Long recognized for her exemplary administrative leadership skills and commitment to community service: Karen is the recipient of multiple awards such as:

Ms. White is a member of numerous boards all of which focus on community betterment. She was chair of the Committee of the Whole in 2015. Her commitment to improving our neighborhoods and ensuring that they have the high quality services are her top priorities.

Representing all of the residents in: Residents residing within the city limits & the businesses of South Bend since 2000.