You are here: Home / Departments and Divisions / Historic Preservation Commission

The Historic Preservation Commission of South Bend and St. Joseph County's primary function is to identify buildings, structures, sites and objects, which are architecturally or historically significant. 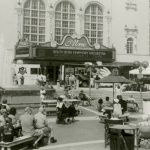 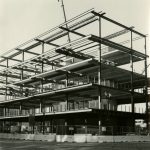 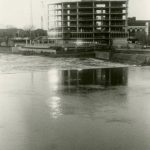 The Commission is granted powers to draft preservation guidelines and plans, advise other agencies on matters concerning historic sites and structures, and assist and educate the public. The Commission’s jurisdiction includes the City of South Bend and the unincorporated areas of St. Joseph County.

The Commission makes recommendations to the Council.  Once a Landmark or District is designated by ordinance, the Commission serves as the agency that administers the preservation standards required by the designation.  These standards are a tool to maintain a structure’s, a district’s, or a landscape’s character defining features. Application for a Certificate Of Appropriateness (COA) is the formal manner through which the Commission monitors the character and condition of a Landmark or District.  The Nine volunteer board members of the Historic Preservation Commission are appointed for three year terms and are knowledgeable in various aspects of local history, historic preservation, and traditional trades.

Since 1973, approximately 200 Local Landmarks in South Bend and St. Joseph County, 9 Local Historic Districts, and several National Register Districts and properties have been designated. About 6,000 sites and structures have been identified in architectural surveys as Outstanding, Notable, or Contributing resources of the area’s history.