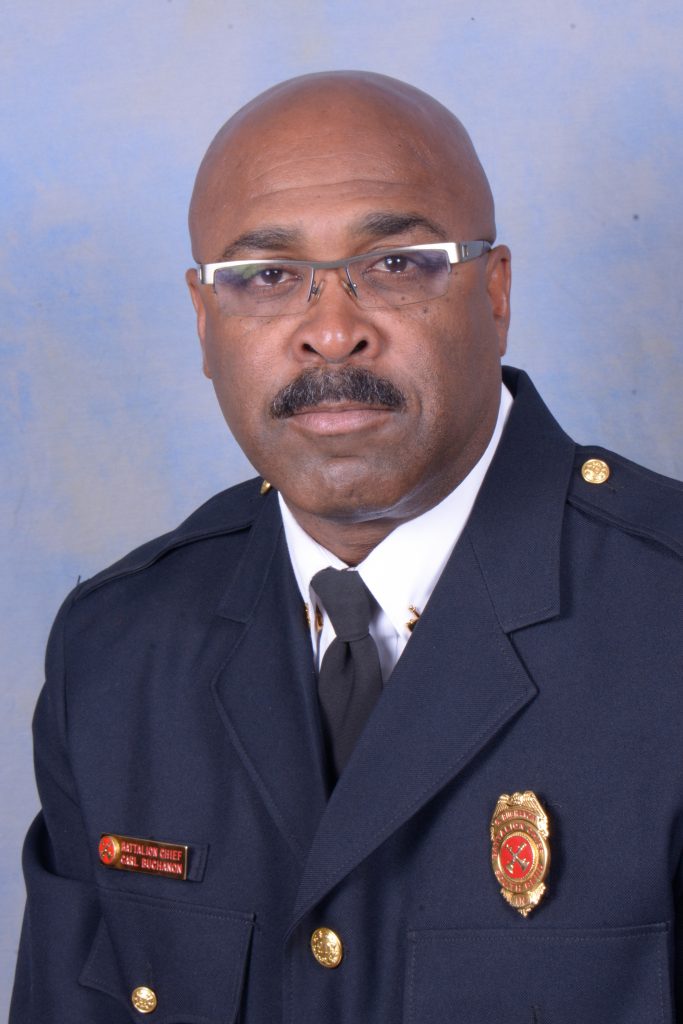 “Carl has earned the respect of our community and City team during his lifetime of public service and will hit the ground running as we face new challenges, such as our response to COVID-19,” said Mayor James Mueller. “I’m excited to work with him and build on the significant progress of our fire department over the past several years.”

A lifelong South Bend resident, Buchanon has been a SBFD firefighter for more than 33 years and most recently served as a Battalion Chief for 13 years.

“I’m thankful to Mayor Mueller for having the trust and confidence in my ability to continue to lead one of the finest fire departments in the country. It is my highest honor to serve as the Fire Chief of our great city,” Buchanon said. “I look forward to continue to contribute to making the City of South Bend a safer community.”

During his time with the department, Buchanon has gained specialization in fire prevention programs, training, planning and education workshops, CPR instruction, firefighting principles and practices, organizational management, and attended courses at the TEEX Fire Training School and National Fire Academy.

Buchanon is a graduate of John Adams High School and former track and field coach there and at Clay High School for a combined total of nearly 20 years, and has served as a mentor for students in the community.

Buchanon is also a member of the board of trustees for the Indiana Chapter of the National Multiple Sclerosis Society, a member of 100 Black Men of Greater South Bend and a former board member of Leadership South Bend/Mishawaka. He attended Hutchinson Community College and Western Michigan University.

Buchanon will begin his new role this Friday, April 3.