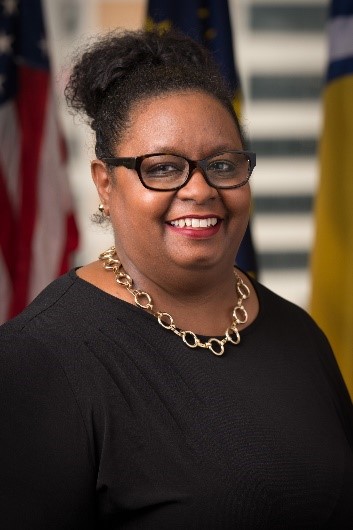 The City of South Bend announced today that Diversity & Inclusion Officer Christina Brooks will be leaving the City on Friday, December 6, after accepting the position of Chief Equity Officer and Director of the Office of Diversity and Inclusion for the City of Fort Worth, Texas.

Brooks joined the City in May 2016 as the City’s first Diversity & Inclusion Officer, following Mayor Pete Buttigieg’s executive order on City-wide Diversity and Inclusion in January 2016. Under her leadership, the Office of Diversity & Inclusion led the City’s first MWBE disparity study with Colette Holt and Associates. Brooks’s work with the South Bend Common Council resulted in this week’s 7-0 passage to repeal and replace the MWBE ordinance in alignment with the recommendations of the disparity study.

“Christina’s tenure moved South Bend far forward on matters of equity and inclusion,” said Mayor Buttigieg. “From commissioning a study on our community’s racial wealth divide, to guiding our first disparity study, to directing resources that empower residents from every background, her leadership helped us confront inequities and move towards inclusion for all. She will leave big shoes to fill but we congratulate her on her new opportunity, as well as her successful and pathbreaking work for the people of South Bend.”

“I want to thank Mayor Pete Buttigieg and the South Bend community for the opportunity to serve as the City’s first Diversity and Inclusion Officer,” said Brooks. “I’m proud of the work we’ve done to create equitable opportunities for all residents.”